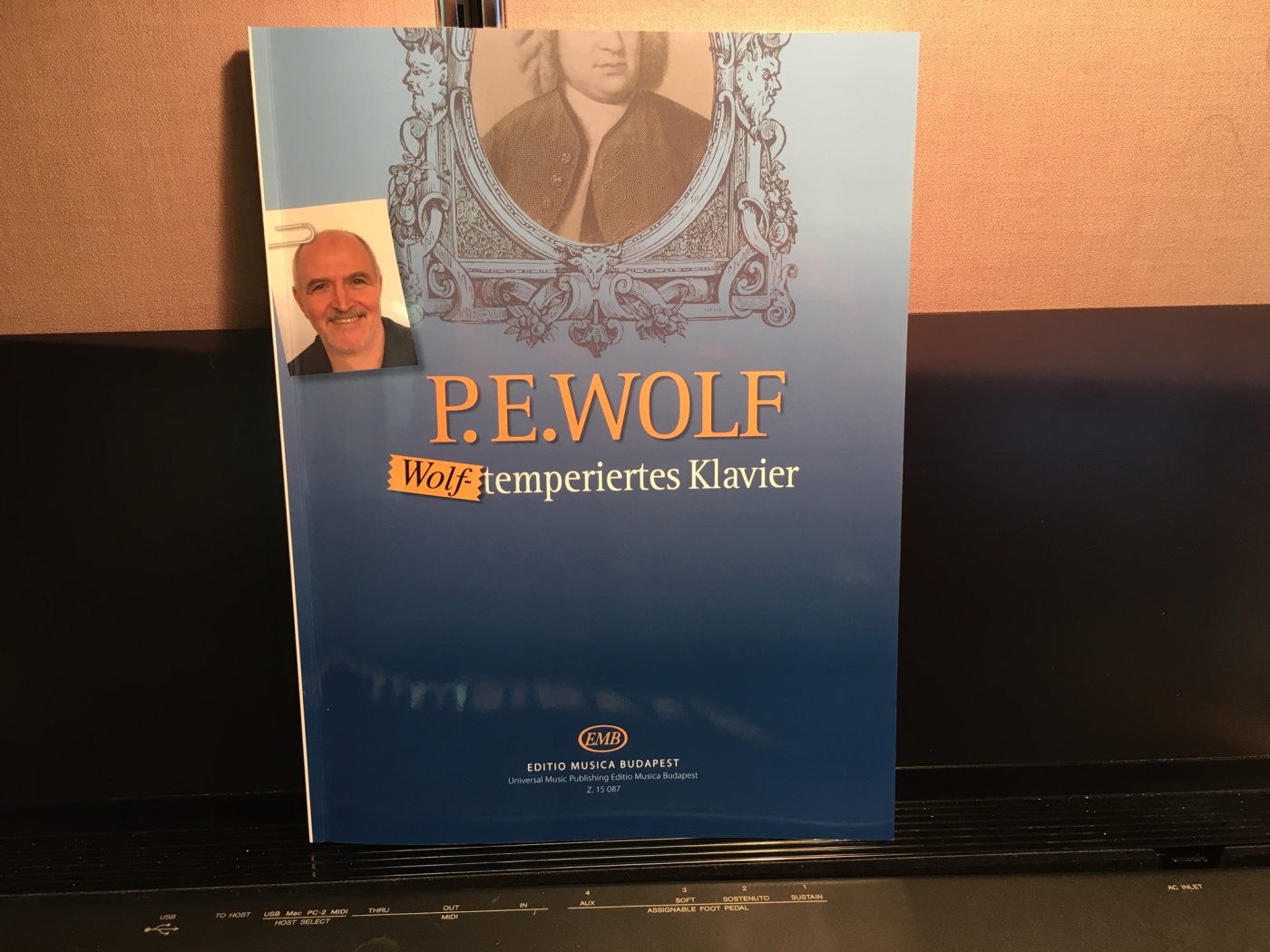 Hungarian publisher EMB has recently released a piano collection called Wolf-Temperiertes Klavier (Wolf-Tempered Clavier) by composer Peter Wolf. In a further evocation of Bach and The Well-Tempered Clavier, the cover features part of a Bach portrait. Mr. Wolf himself also gets a little photo. It’s all very mysterious. Is this a cycle of preludes and fugues? Does Wolf riff on Bach’s existing music? Does he use some crazy alternate tuning?

A quick flip to the preface inside reveals the answer: these are simply twenty-four character pieces written in all major and minor keys. Wolf describes them as “my moods, my thoughts, my desires, and my reflections.”

When I started playing through the music, I found that the pieces were tonal but not always predictable. Despite the strict 24-key plan, pieces sometimes modulate to new key areas and new key signatures. Wolf traverses a wide range of textures, tempos, and styles. Here are the pieces that caught my attention:

Patak / Stream. C minor. The outer sections are chock-full of melancholy harmonies spiced with dissonance. I stumbled over some accidentals but the music was engaging to play through. The middle section features flowing triplets and a left-hand melody. The hazy moods stuck with me for a while after playing.

Táncok / Dances. A Major. Yes, there’s definitely more than one dance here. The first is a lively mixed-meter dance with a special emphasis on 7/8 + 3/4 combinations. It’s a lot of counting, but it’s fun. Then in the B section, Wolf gives us a beautiful, noble slow dance in 9/8 and in F-sharp minor for contrast.

Reggeli mosoly / Morning Smile. B Major. This one is so touching. From the first few bars of crystalline melody, you know you’re in for a treat. As Wolf develops the music with some suspension chords, it reminds me of some of the meditative piano music from the videogame The Sims. The coda is really well done, despite the fact that it ends in A-flat Major (which is different from B Major, last time I checked).

I confess I haven’t played through all these pieces yet, but this is a book I’ll keep coming back to. It’s a refreshing collection of thoughtful, accessible yet fresh music for intermediate level and above. I hope some of the pieces catch on and start making appearances in student recitals.