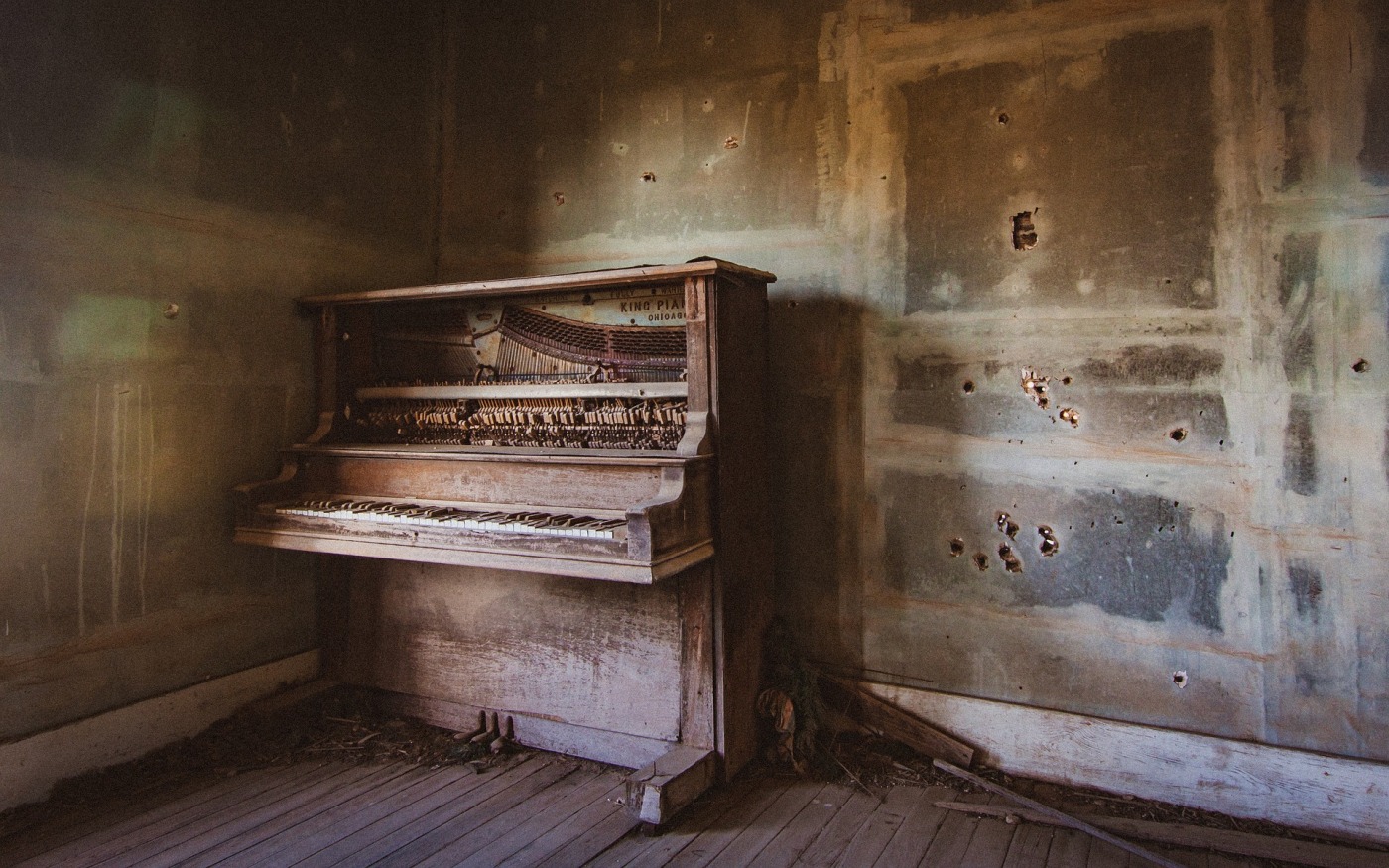 Classical music is kind of creepy in a way. Honestly, with so many dead composers who have made an impact on society, and who led lives of drama, I’m surprised that I couldn’t find more composer ghost stories.

The ghost of Erik Satie watches a performance of Gymnopédie No. 1

One day I was looking for a good performance of Satie’s Gymnopédie No. 1 (probably for my Piano Music for Moods post), and I stumbled across this performance by Olga Scheps. Something immediately caught my attention: the bearded man seated in the front row looks remarkably like Satie himself. And there’s something about his expression. I dunno. He could just be sitting in the front row to ogle Olga (say that three times fast). But watch a bit of the video, look at some pictures of Satie. Eh?

In 1916, when Rosemary Brown was seven years old, the ghost of Franz Liszt supposedly appeared to her, long white hair and all, and told her that he would make her a famous musician some day. She went about her life, took piano lessons, grew up, got married, and then in 1964 Liszt came calling again. Soon Brown was transcribing hundreds of new pieces by Liszt, Rachmaninoff, Schubert, Brahms, and others, which she said were personally dictated to her. She even produced two new Beethoven symphonies! While her work received a lot of attention, the general consensus is that she merely composed subconsciously in the composers’ styles, and that the music doesn’t possess the unique spark of the greats. What do you think?

About an hour’s drive outside Paris sits Chateau d’Herouville, which was once occupied by Frédéric Chopin and his lover George Sand. Now it functions as a recording studio with renowned acoustics. David Bowie ventured to the chateau for his landmark album Low with Brian Eno, but some spookiness ensued. Bowie sensed a strange coldness in one bedroom and refused to sleep there. Brian Eno was awakened morning by someone shaking his shoulder, but when he looked, no one was there. Could it have been the ghost of Chopin?

In Feburary 1854, Robert Schumann was in a poor state. After years of mental illness, he was now experiencing auditory hallucinations of angelic music (which may have been partially due to a brain tumor). He began hearing a certain “spirit theme” which he imagined was dictated by the ghost of Schubert or Mendelssohn, despite the fact that he himself had used the theme in several previous works. He wrote five variations on the theme for piano, and then on February 27 he jumped off a bridge into the Rhine River, attempting suicide. After his rescue, he asked to be taken to a mental asylum. The complete variation set, known as the “Ghost Variations,” is deeply sad and lonely, and more chill-inducing with knowledge of the context.

Henry Cowell was a pioneer of “string piano” technique; that is, manipulating the strings inside the instrument instead of the keys. The Banshee, his most famous experiment in this vein, depicts the titular phantom of Irish folklore: a female spirit who wails to signify the impending death of a family member. This is probably the most terrifying piece of music ever written for piano. Through scraping fingernails, sliding palms, and sinister plucks, the piano conjures otherworldly resonances that seem to evoke a not-quite-human voice. Listen to it with headphones and the banshee seems to have invaded your brain. It’s like ASMR from hell.